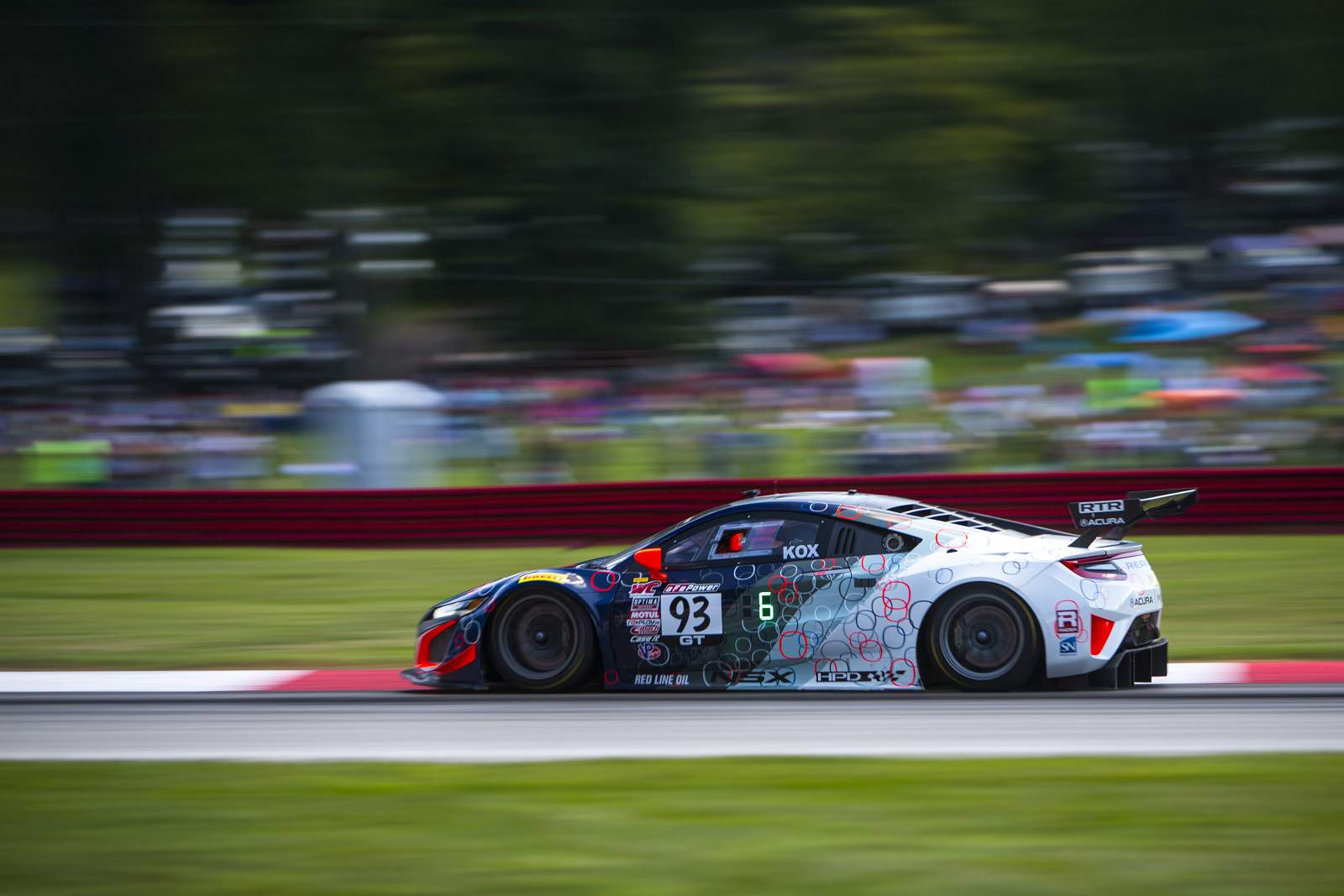 On Friday, Ryan Eversley and Peter Kox took the wheels of their No. 43 and No. 93 Acura/HPD/RealTime Acura NSX GT3s for qualifying around the 13-turn, 2.258-mile road course, which is only 65 miles away from where the Acura NSX is made in Marysville, Ohio.

Saturday’s race was a calm one for all the World Challenge GT drivers. The only full-course caution issued in the 50-minute race was for a Mercedes stuck on track. The yellow came out with 15 minutes left on the clock.

Up to that point, Kox had settled into 11th, battling with the No. 4 Audi of Spencer Pumpelly. Eversley was running 13th, but made a move on Jon Fogarty’s No. 99 Porsche to take 12th and set about chasing his teammate.

“It was a pretty standard GT3 race at Mid-Ohio where it’s really hard to pass and you’ve got a lot of really good cars,” Eversley said. “The layout makes it hard to get around guys. Once we got clear at the start, I was trying to keep it clean and put in a good lap for tomorrow’s grid.”

The race re-started from yellow with 10 minutes left to go. Soon after, Kox saw an opportunity to overtake Pumpelly. The pair made contact and the skirmish allowed Eversley by as well. This put Kox 10th and Eversley 11th.

Unfortunately, the race stewards did not approve of Kox’s move on Pumpelly and called him in for a drive-through penalty. As a result, Kox fell to the back of the field with less than five minutes remaining and finished 18th at the checkered flag.

“Mid-Ohio is not famous for overtaking,” Kox said. “I was running behind the Audi for most of the race and trying a few times to pass, but it was not feasible. At the restart, I overtook the car and we had some contact and apparently that was sufficient enough to give me a penalty. I don’t think it was the correct decision. I think there was a gap, I went for the gap and we had contact.”

Eversley continued on and locked in a 10th-place finish.

“I was trying to support my teammate and not get too close or cause any problems and then he and the No. 4 got together and it allowed me to get by as well, but my teammate got a penalty. I was able to run down the Ferrari after that, but it’s so hard to pass that I ended up 10th. We’ll take the points, but it doesn’t reflect the hard work and effort coming from the team.”

Sunday’s race grid was set by each driver’s fastest race lap from Saturday. This put Eversley eighth and Kox ninth on the grid.

Kox had a strong start, advancing to seventh on the opening lap. Misfortune for the No. 3 Cadillac had Kox sixth and Eversley seventh after lap two.  One lap later, the No. 8 Cadillac was around Eversley, bumping him to eighth.

In a race that ran without any full-course cautions, Kox was able to catch the No. 31 Ferrari of Daniel Mancinelli, but could not find away around.

“I had a reasonably good start,” Kox said. “I was quite careful in the beginning, so I had a Porsche overtake me, but I overtook Ryan and a Cadillac. I ran seventh and then [Johnny] O’Connell spun himself out of the race, so I ended up being in sixth and I was stuck behind the Ferrari.”

The same was true for Eversley, who hung on to the back of Michael Cooper’s Cadillac, but was unable to find a way around on the twisty Mid-Ohio circuit.

“I just put my head down and tried to get by the Cadillac of Michael Cooper, but he didn’t make any mistakes,” Eversley said. “When nobody makes a mistake in these races, it’s really hard to get by.”

The teammates held their spots for the rest of the race, with Kox finishing sixth and Eversley eighth.

“I think HPD and RealTime Acura did a great job over the weekend,” Kox said. “We improved the car. My car improved from Saturday to Sunday quite well and so did my times and consistency. I was happy with that, but it’s not good enough. We are in the first year of this program, racing against fierce competition and cars that have been here longer. In that respect, I am satisfied that we optimized our performance today, but I’m not totally satisfied with P6.”

RealTime Acura now prepares for the next round of the Pirelli World Challenge Sprint-X Championship at the Utah Motorsports Campus. Eversley and Kox will be joined once again by Tom Dyer and Mark Wilkins for the endurance doubleheader, August 11 – 13.