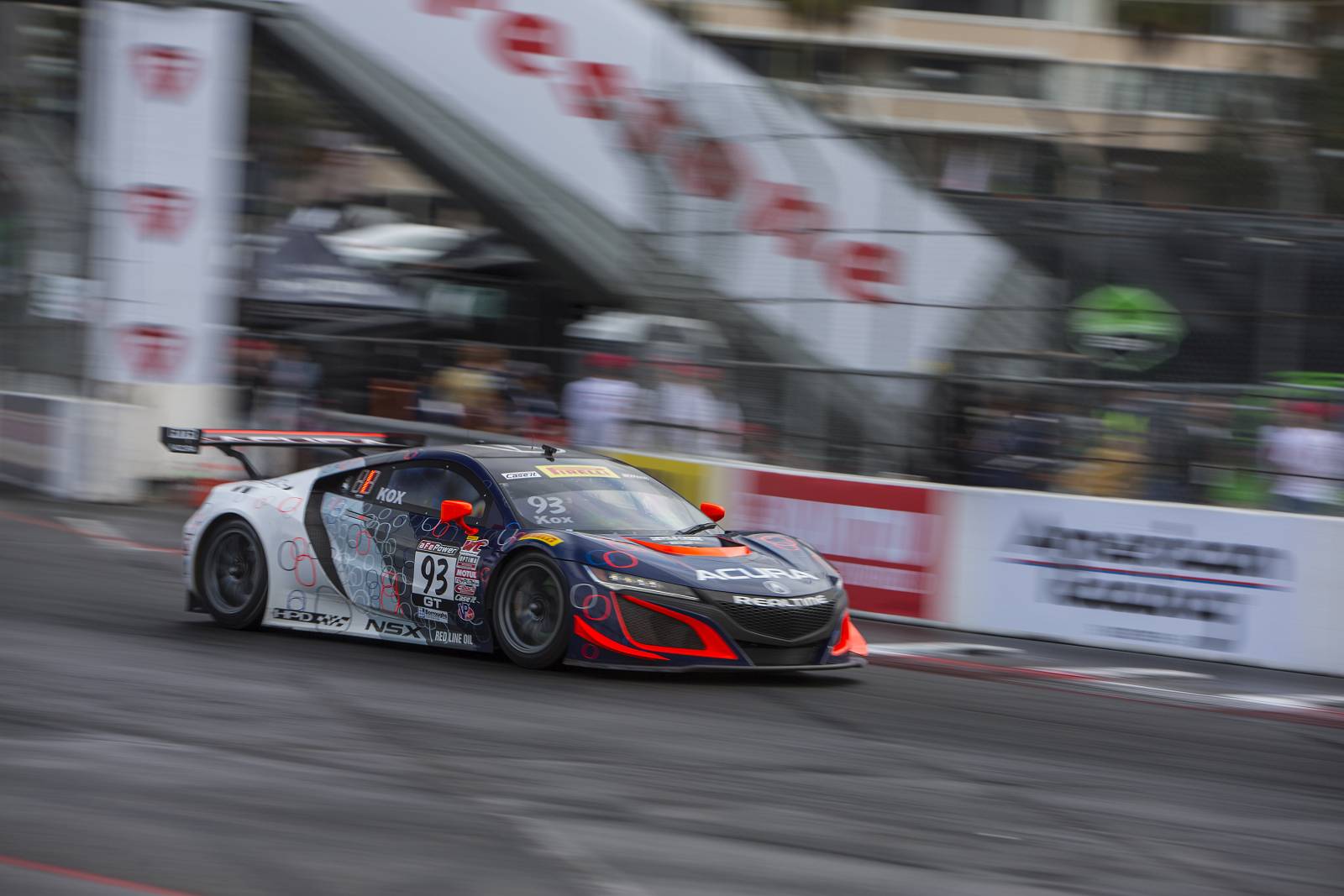 TORRANCE, Calif, (April 27, 2017) – The Acura NSX GT3 is accustomed to being fast on the race track, but this weekend’s new format for the Pirelli World Challenge means that the RealTime Racing squad will need to be equally fast on pit lane if it is going to finish at the sharp end of the field.

This weekend’s event at Virginia International Raceway will feature the first two SprintX events of the 2017 GT season, requiring the Acura NSX GT3 squad to conduct a pit stop and a driver change as part of the 60-minute race.

To conform with this new format, the team has added a pair of veteran road-racing drivers to share duties in the Acura NSX GT3. Ryan Eversley will partner with Tom Dyer in the #43 machine, while Mark Wilkins joins Peter Kox in the #93 Acura NSX GT3.

“It’s the start of an exciting new era in World Challenge competition, as we adapt to the SprintX format,” said NSX GT3 Project Leader Lee Niffenegger. “For the NSX program, this is even more exciting, as we also begin the natural terrain road-course season.  After the valuable lessons we learned in the first two street fights, the flowing high-speed corners should suit us even better.”

The PWC has not competed on the picturesque 3.27-mile VIR road course since 2010, although the Acura squad did get the chance to test the new Acura NSX GT3 there earlier in the year. Kox turned his first laps on the 17-turn layout during the test and found it to his liking.

“I am looking forward very much to go to VIR,” Kox reported. “I did a test a few weeks ago and was impressed with the whole setting, the layout of the track … the surroundings … all in all, just stunning. The track is already one of my favorites even before the event! It's also the first race I will share the car with Mark Wilkins, and seeing his pace and knowing that we will keep improving the Acura NSX GT3, it looks set for a good weekend!”

Despite the fact that Eversley has yet to compete in a GT3 event at VIR, the Georgia-born driver is excited to run the powerful Acura NSX on the circuit where he ran his first race.

“VIR holds a special place in my heart, and I've been looking forward to it since it was announced on this season’s schedule,” Eversley said. “I made my pro racing debut on this track in 2003 and since then I've been able to score three wins there, all for Honda. It's a big weekend for us, with both Mark and Tom joining us in SprintX. We've had some solid tests recently, and I think Tom and I in our Number 43 Acura NSX are going to be a strong pairing.”

The year’s first SprintX event on the PWC calendar can be seen on May 7 at 6 p.m. ET on the CBS Sports Network. Fans can also follow the action live via streaming video at World-ChallengeTV.com.

The Acura NSX GT3 race car utilizes the production NSX’s lightweight multi-material body with aluminum-intensive space frame, and is powered by a 3.5-liter, 75-degree, twin-turbocharged DOHC V-6 engine. The engine uses the same design specifications as the production 2017 Acura NSX, including the block, heads, valve train, crankshaft, pistons and dry-sump lubrication system. The engine is paired with a 6-speed, sequential-shift racing gearbox, delivering power to the rear wheels. The Acura NSX is produced at the Performance Manufacturing Center in Ohio.

Video recaps from this weekend’s Acura Pirelli World Challenge racing activities at VIR are being posted on the "Honda Racing/HPD" YouTube channel.  Produced by the Carolinas Production Group, the video packages can be found in the 2017 HPD Trackside Video Playlist at: https://www.youtube.com/HondaRacingHPDTV.